Henk ten Wolde started in 2006 as connector between the Netherlands and Alberta. DWCC started with assisting foreign workers to find a descent position in Alberta.
In 2008 he became Economic Consultant/Trade Commissioner at the Netherlands Trade Office in Alberta. In this position he made over 100 connections between companies from the Netherlands and companies in Alberta.A couple of the successes in 2014 were 5 agreements between Dutch and Albertan institutes and businesses, in the field of water, flooding and drought, energy and between two top Universities. Besides the agreements, Henk was the driving force behind the direct flight connection between Amsterdam and Edmonton by KLM. Due to budget cuts the Netherlands Trade Office was closed on January 1, 2015. Since that date Henk picked up his connecting role under the flag of DWCC.
Besides the above mentioned experience, Henk has experience as:
The advantage of Henk is that he has large networks in both parts of the world and he is mostly one or two phone calls away from the partner you are looking for. And Henk understands both business cultures, and recognizes when there are misunderstandings. 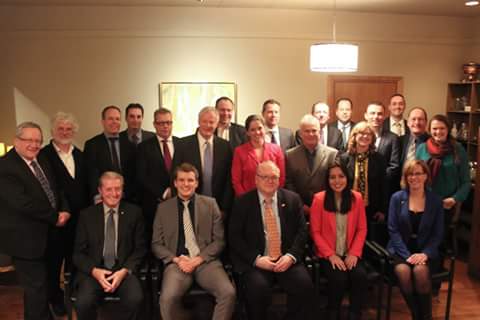